Part of the Pack: The Hunt at Petworth, Colin Barker Photography

Fifteen foxhunting, kennel, and puppy show scenes have been selected from the Part of the Pack: The Hunt at Petworth series to be exhibited at the NSLM. The entire series, comprised of sixty archival photographic prints, captures a behind-the-scenes portrayal of life with the Chiddingfold, Leconfield and Cowdray Hunt. It was first presented in 2012 at Lord and Lady Egremont’s family stables at the historic Petworth House estate in England.  Colin Barker notes that he formed the collection of mostly black and white images to “create a link between the undulating, picturesque landscape of the South Downs in Southern England and the gritty reality of day-to-day life for the huntsman and his hounds at the kennels.” 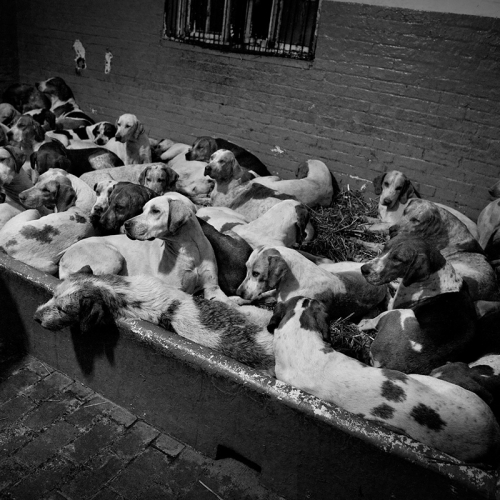